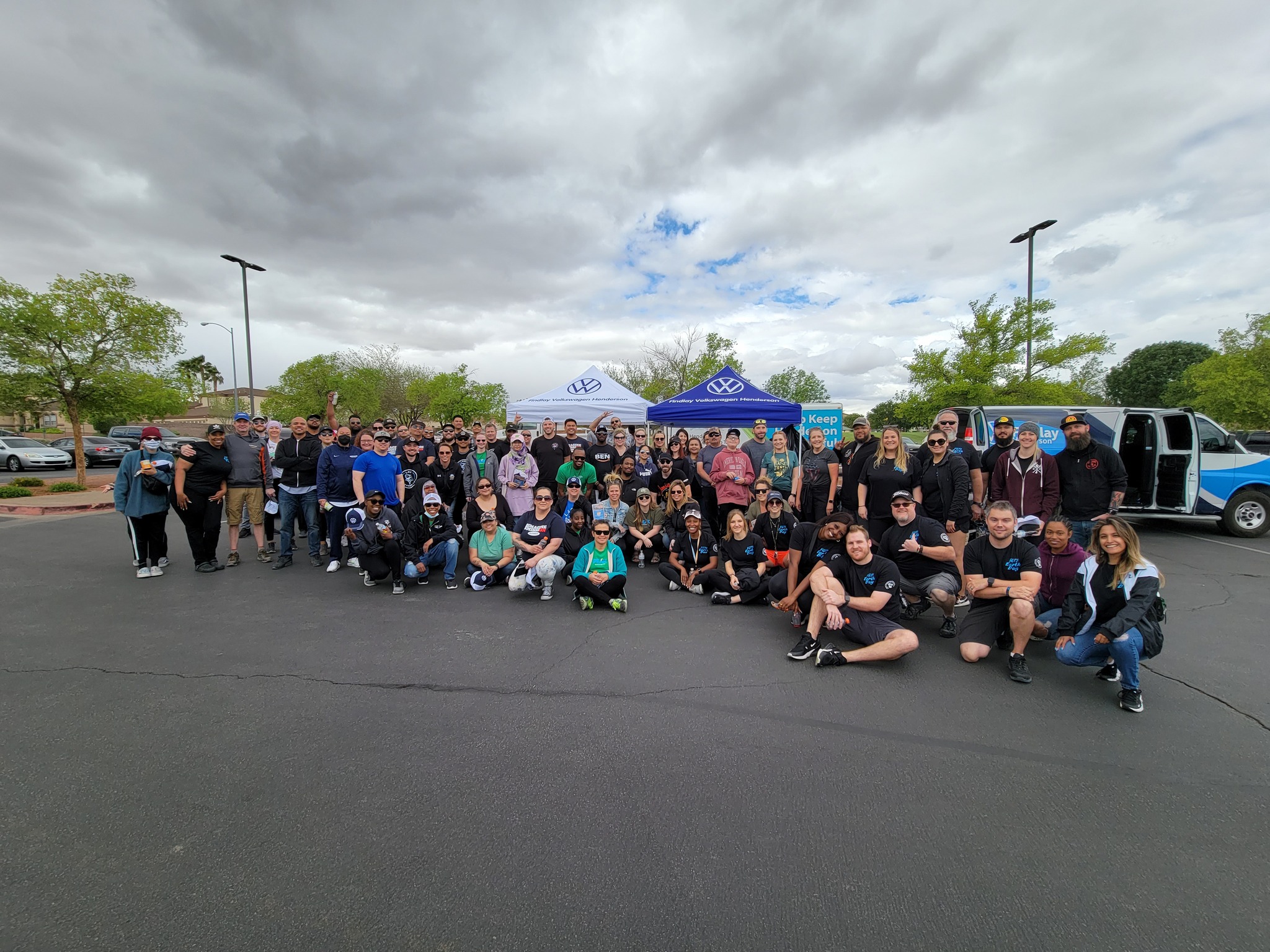 Earth Day is celebrated worldwide to honor the place
we all call home. Although Earth Day was first established in 1970, the
movement has mobilized 1 billion individuals that take action every year. Over
190 counties are engaged in the cause and together have created significant
change. Findlay Volkswagen of Henderson jumped at the opportunity to get
involved with Earth Day celebrations. Findlay Volkswagen Henderson was proud to
host a successful Earth Day cleanup for the community.

The theme for this year’s cleanup was “change starts
in your own backyard,” a community clean up. The community clean up invited the
Las Vegas valley to participate in cleaning and restoring community trails and
parks. The group met together at the Union Pacific Railroad Trailhead at Acacia
Park on Friday, April 22nd. The dealership, along with the City of Henderson,
provided the equipment necessary for the community to participate in the
service or the parks and trails.

Melissa Eichbauer, Findlay Volkswagen Henderson
General Manager, said, “Being part of the Las Vegas/Henderson community means
so much to us, and we are honored to serve when and where we can. What’s even
more special is seeing other businesses, leaders, families, and individuals
eager and willing to volunteer alongside each other to help make a difference.
The sense of pride that comes from leaving something better than you found it
is beyond measure, and we truly hope that the community experience is improved
by the actions of all the wonderful people that donated their time to give
back.”

Findlay Volkswagen Henderson’s goal for Earth Day
was to give back to the community through sweat equity and to provide an
opportunity for others to do the same. Volunteers around the community came out
to support and celebrate the dealership and its efforts to give back. Marcy
Colletti, Marketing Director for Findlay Volkswagen Henderson, said, “We love
how much our earth day clean up event has grown over time – this year, having
over 100 volunteers was so special! It shows that when given the opportunity,
so many people want to help in
making our home a place we can all be proud of!”

The Las Vegas community gathered together to support
Findlay Volkswagen. Groups such as Amazon, Target, Old Navy, American National
Insurance, Vegas Veterans Hockey Foundation, Mojave Brewing Company, MGM
Resorts, and more helped support the cause. Between the groups and volunteers,
the Union Pacific Railroad Trail at Acacia Park, the trails at Hidden Falls,
the trails at Paseo Verde Park, and the Sunset Station trails in Henderson
could all be beautified and cleaned. The City of Henderson allowed the use of
their Beautification Trailer, a free resource for the community that comes with
tools, gloves, trash bags, buckets, and more.

Giving back and helping the earth is exciting and
rewarding. Findlay Volkswagen of Henderson understands that our greatest investment
is to our community, and change really does start in our own backyards.

The Findlay Automotive Group began with one Las
Vegas location in 1961. Findlay has grown to 36 dealerships in 6 states. Learn
more at www.FindlayAuto.com