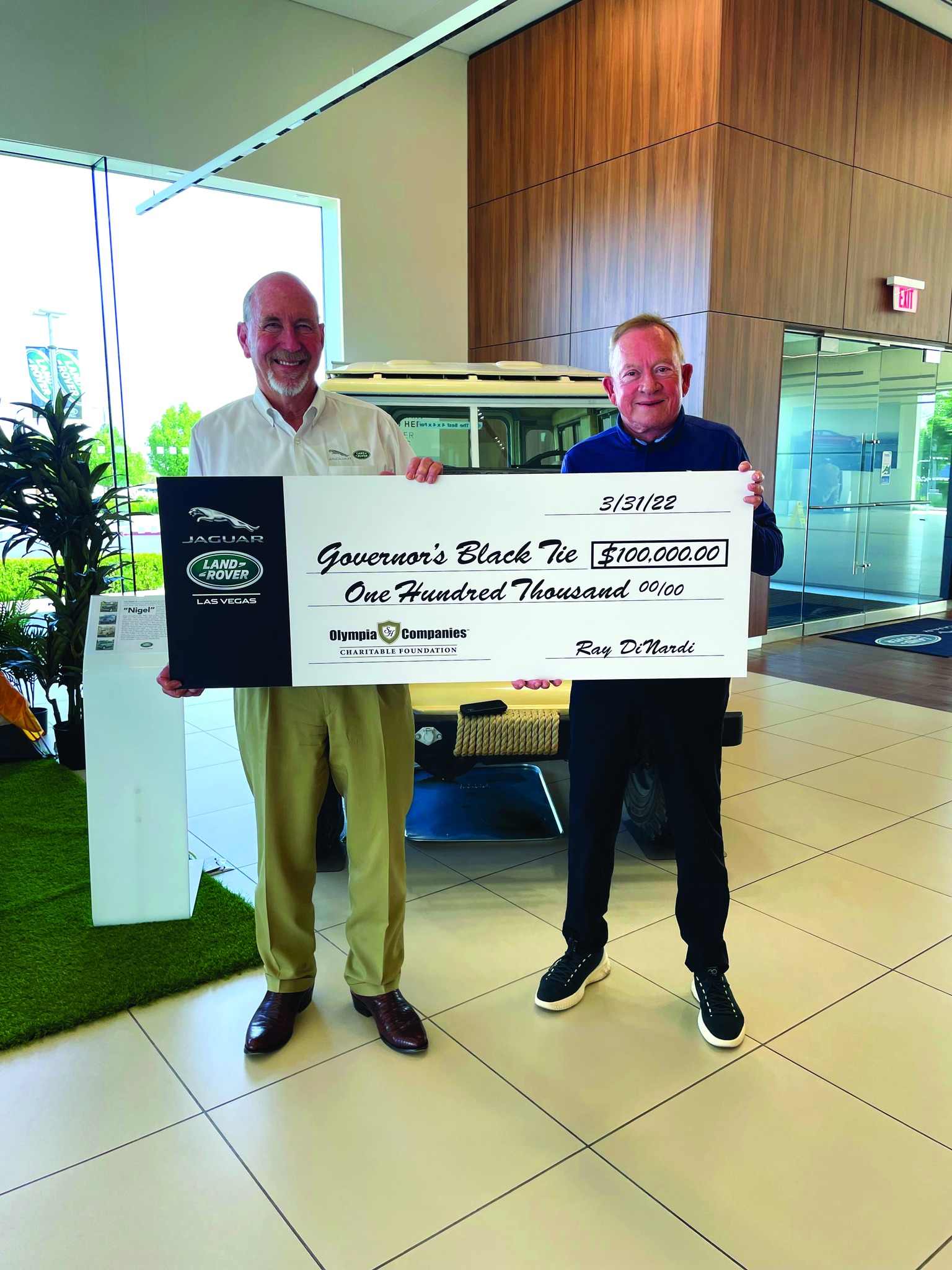 For over 20 years, the sitting governor of Nevada has headlined a black-tie

organizations which support children, teens, and women in need throughout the Las

Vegas community. Even after the COVID-19 pandemic, the Governor’s Black-Tie Event

continues to be a premier fundraising event. The event, which is hosted by Olympia

Black Tie Event, is a massive three-day celebration and has continually raised over a

Event for several years now. The money raised supports local charities that have been

hard hit the past few years with all the challenges of the shutdowns.”

Money raised from the event has supported such local charities, including, the

Foundation and CEO of Olympia Companies, developer of Skye Canyon and Southern

Highlands, has said, “We couldn’t be more thrilled about the event and the generosity of

our guests.” In discussing this year’s event, Goett said, “We couldn’t do what we do

Automotive Group and Jaguar Land Rover Las Vegas. These are exactly the type of

companies that we look for when it comes to sponsorships. The support that they give us

helps sponsors all the difference charities we work with.”

quality of life for women and children in Southern Nevada. Supporting good charities

requires a great deal of hard work, and the success of the Governor’s Black-Tie Event is a

success for the non-profit organizations of Las Vegas. Goett added, “Findlay does so

much to help assist the women and children in need in our community. Findlay’s

community-minded passion makes its support that much more appreciated.

The Findlay Automotive Group began with one Las Vegas location in 1961.

Findlay has grown to 36 dealerships in 6 states. Learn more at www.FindlayAuto.com.