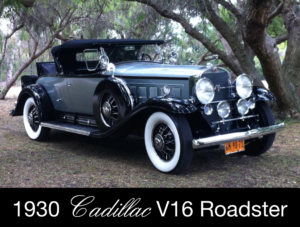 The 14th annual Cadillac Through the Years car show at Town Square on South Las Vegas Boulevard between Russell and Sunset Road had it all on April 28.

The weather was perfect with cloudless skies and the temperature backed off after a slight reminder that summer was on the way.

Best of all, the latest version of one of the nation’s classic vintage car shows had 81 Cadillacs representing a record field of classic vehicles ripe with true history and extensive color. In addition, more than 8,000 attended the event.

“When we first gathered with the Las Vegas Cadillac Club, we had no earthly idea that this event would become so popular,” said John Saksa, the general manager of Findlay Cadillac, which sponsors the event each year. “It has truly become a fantastic event.”

DR Rawson, the president of the Cadillac and LaSalle Club, concurred adding that the latest event drew a total of 81 cars along with six models representing the sponsor Findlay Cadillac in the Valley Automall.

“Next year’s event will also be the 118th anniversary of Cadillac, the 15th annual Cadillac Through the Years and the 50th anniversary of the 1970 Cadillac DeVille, one of the most popular designs, so the date will undoubtedly draw a huge crowd,” added Rawson. The event is tentatively scheduled for the fourth Sunday in April of 2020 at Town Square.

What started at Findlay Cadillac has erupted into a blockbuster gathering on the streets of Town Square, considered one of the most unique collections of retail outlets on Las Vegas Boulevard South.

Sixteen winners were announced; with trophies presented along with a Findlay Cadillac VIP award and two special awards.

A 1930 Cadillac Roadster owned by Fred Lax of Southern California was honored with the d’Elegance Award; while Steve Witort – the owner of a 1931 V-12 Roadster – won the Biarritz award.

An assortment of Cadillacs in 11 of the 12 decades was represented at Cadillac Through the Years with strong representation of classics dating back to 1903, modifieds, custom and extremely rare vehicles.

“Cadillac Through the Years is always an impressive event,” said marketing director Sergio Brooks. “It’s not often that you find car shows with cars from the 1920s or 1930s. We always get great feedback.”

Brooks is so enthusiastic about the event that he displayed a 1978 Cadillac Seville for the second consecutive year.

Further information regarding the Las Vegas Cadillac Club can be found by visiting www.lasvegascadillacclub.com, or by calling 702-701-0378.

Further information regarding Findlay Cadillac can be found by calling 702-558-2600; by visiting the dealership at 993 Auto Show Drive in the Valley Automall; or by visiting www.findlaycadillac.com.

Findlay Cadillac is part of Findlay Automotive Group, founded by the late Pete Findlay in 1961. The umbrella of dealerships now totals 33 locations in Nevada, California, Utah, Idaho, Oregon and Arizona. 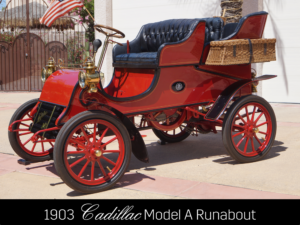